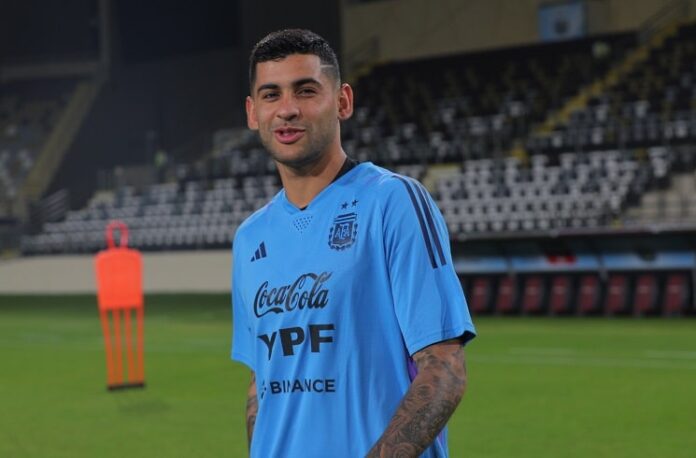 Lionel Messi is set to arrive to the United Arab Emirates on Monday as Rodrigo De Paul and Nahuel Molina have just landed in Abu Dhabi for Argentina’s training and game.

Messi played 74 minutes for PSG in their league game vs. Auxerre on Sunday and is set to join the Argentina national team. He is expected to land in the United Arab Emirates in the early hours on Monday with Ángel Di María and Leandro Paredes.

Rodrigo De Paul and Nahuel Molina were the next two Argentina players that have landed and joined the team. Juan Foyth and Gerónimo Rulli of Villarreal and Julián Álvarez of Manchester City are also in Abu Dhabi, having landed on Sunday.

Franco Armani and Argentina U20 goalkeeper Federico Gomes Gerth were the first two players to arrive to the United Arab Emirates as they flew with Lionel Scaloni, the Argentina national team coaching staff and AFA president Chiqui Tapia. Germán Pezzella and Guido Rodríguez of Real Betis arrived on Friday morning.

Argentina play the United Arab Emirates on November 16 in Abu Dhabi. Here are the players that are with the team:

More players are expected to arrive in the next hours with the country waiting for Lionel Messi to land.