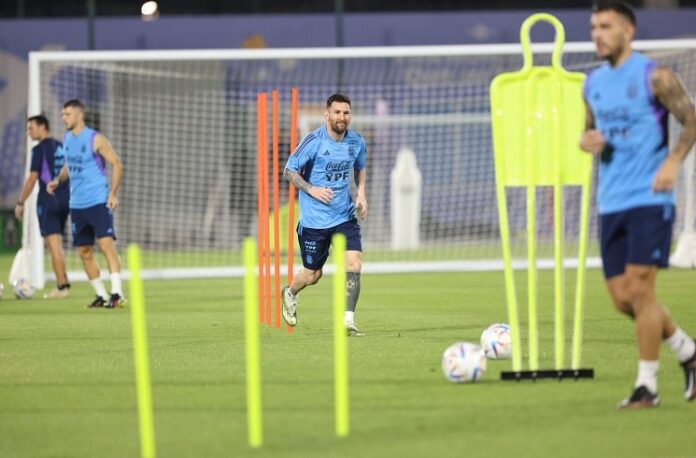 Lionel Messi did some kinesiology work for discomfort he has had in his soleus but will play for Argentina on Saturday vs. Mexico.

Messi trained with the Argentina national team on Thursday and will start. According to Gaston Edul, he did kinesiology work in his soleus, which he has had discomfort with prior to the game vs. Saudi Arabia.

It is believed that he has had discomfort since he was with PSG and nothing new.