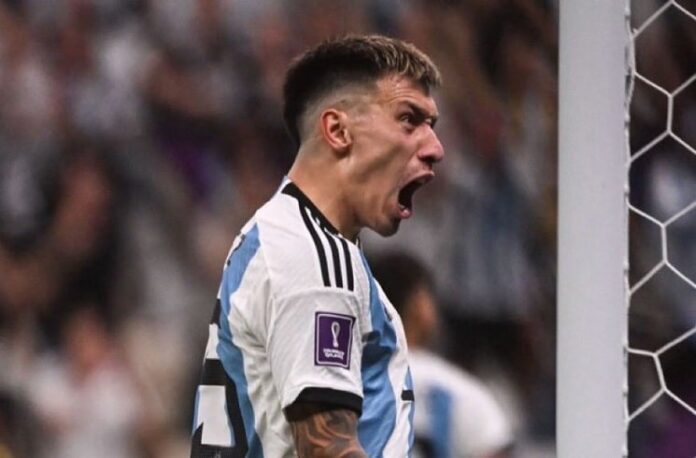 Lisandro Martínez spoke at a press conference about Argentina’s game vs. Poland at the World Cup.

Martínez was the player who spoke at the press conference on Tuesday with Lionel Scaloni speaking after him. Lisandro was a substitute for Argentina in the 2-1 loss vs. Saudi Arabia but started against Mexico in the 2-0 win. When asked about the game vs. Mexico and the Argentina team, here is what he had to say:

“It was a decisive game. We did very well and after the match, we were all very happy. The team responded very well against Mexico.

“You can’t compare a World Cup game. Be it a Copa America or a Finalissima. The matches are very closed and we are looking to be able to give much more. We still haven’t gotten to what we can do.

“We have to remain calm, we can’t overload ourselves with too much pressure. We have to let it flow. We have to keep working like this. We know how important it is to represent the Argentina national team and wear this shirt. We are going to give our all.”

“We know that we have a big team, a big player, big potential. But it’s not only Argentina, it’s the World Cup. It’s not easy to play against every team, every game but we have to believe in our qualities. I think that we have to do it.

“Us as players, we have to adapt to any system and we are working to be prepared. We adapt to everything, be it a line of three or line of four.”

Regarding the game vs. Poland:

“I still don’t know the team. Poland is a very difficult team, they have important players like Lewandowski. We have to think about ourselves.

“We have to remain focused during the 90 minutes and play a swift way in defence.

“Poland is a very difficult opponent, defensively they are very solid and they have very good players.

“It’s going to be difficult, I think it will come down to details. We have seen Poland, we can tell that it’s a very tough opponent and they defend very well, that’s the reality.”

In regards to the loss vs. Saudi Arabia, here is what he had to say:

“It’s when you learn the most. The group is stronger, more prepared. When you are with the national team, you live everything.”