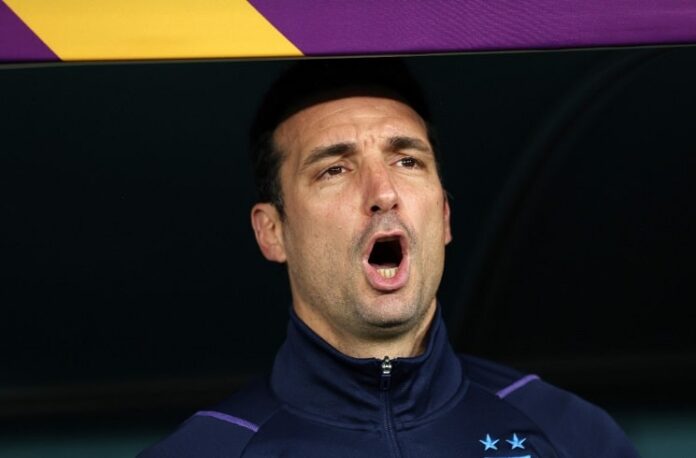 Argentina national team coach Lionel Scaloni has commented on the Argentina team, the match vs. Australia, the quarter final match vs. the Netherlands and coach Louis Van Gaal.

Lionel Scaloni spoke to the media after Argentina’s 2-1 win vs. Australia. Having already commented to the two injuries to the team, Scaloni also spoke about the Round of 16 match. Here is what he had to say:

“We are satisfied. Today’s match was very difficult. They pressured a lot, physically, they were more than the whole of us. It cost us the first half and Leo opened the scoring. After that, we improved, especially in the second half. We corrected some things at half time and the team did not deserve to suffer in the last minutes because we had chances to extend the score. In general, I think we played a typical World Cup match and with everything that comes with it.

Scaloni also spoke about his players:

“These players were born to play these kinds of matches. They are capable of it. I told them to play football, to do what they know. At times, the rush of it, the anxiety makes you play differently and the idea is that, although things like losing to Saudi Arabia or having Australia complicate things can happen, we don’t have to stop believe in our football. We have to believe in them.”

“I believe that in all aspects of the game, the team understands what they have to do. After that, you can concede a goal, lose as we did vs. Saudi Arabia but they understand how each game can be played and that is the most important thing that the team transmits.

“It’s exciting to be here, it seems as if we are playing in Argentina. They are memories that everyone has to take back with them, it’s unforgettable to see these guys play like this, to have Leo play like this. They are unique moments.”

When asked about coaching against Netherlands coach Louis van Gaal:

“It’s a sense of pride. I was at Deportivo La Coruña as a player when he was coaching Barcelona and he was already an eminence. It’s a source of pride to face him, everyone knows what he has done for football. Many have tried to copy what he did. These are the pleasures that football gives you in addition to be able to coach at a World Cup.”