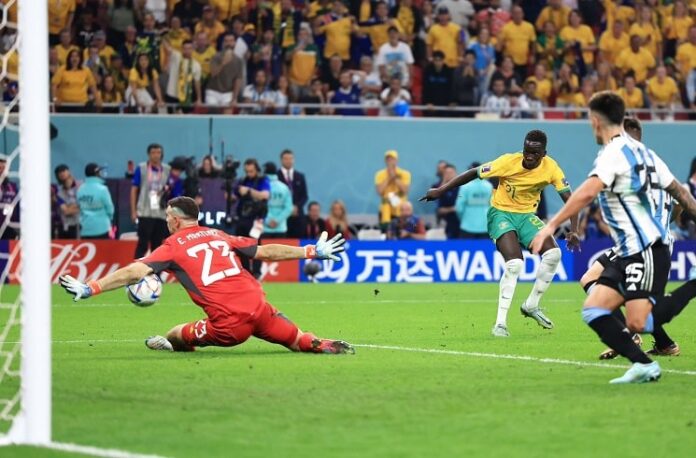 Emiliano Martínez spoke about his performance at the World Cup and playing against the Netherlands in the quarter finals.

Martínez has kept two clean sheets in four games at this World Cup, allowing three goals. Speaking in an interview with TyC Sports after Argentina’s 2-1 win vs. Australia in the Round of 16, here is what he had to say:

“It’s my first World Cup, I’m trying my best and what I value the most is the peace of mind that I have.

“They scored twice on me against Saudi Arabia. It’s somnething I can’t get rid of. Against Mexico, I was a little better and against Poland I had no work.”

In regards to the match vs. Australia:

“It was suffering because they were very aggressive in their pressing and in the first half it cost us to come out. They scored a goal out of nothing, the deflection completely changed the trajectory of the ball and from there it was an uphill for us.”

Regarding the match vs. Netherlands in the quarter finals:

“It will be a big opponent, a team with a lot of technical quality. They also have to take us into account.”

“Leo (Messi) leads the team forward when we need him and we must help him.”