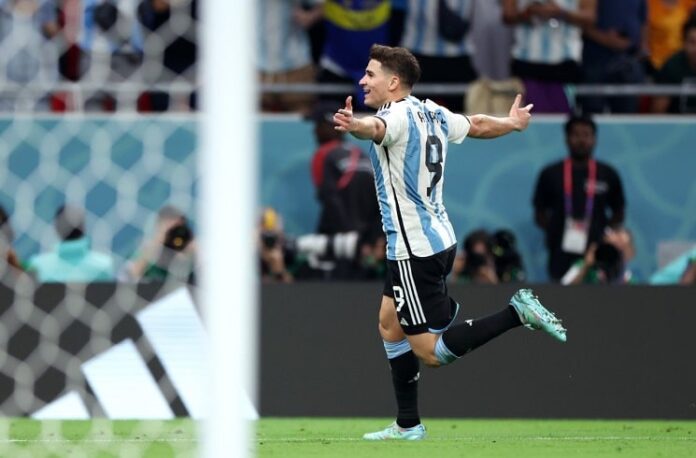 Julián Álvarez spoke about Argentina’s 2-1 win vs. Australia in the Round of 16 at the World Cup.

Álvarez started his second game at the World Cup and scored his second goal. He started in place of Lautaro Martínez against Poland and against Australia. Speaking to the media after the match, here is what he had to say:

“The 2-0 was important to give us peace of mind. I always try to press the goalkeeper high and today, it happened. We went, with Rodrigo and luckily we were able to get it from him.

“I always try to help. Obviously, being a forward, I am closer to the goal and if I can contribute with goals, even better.”