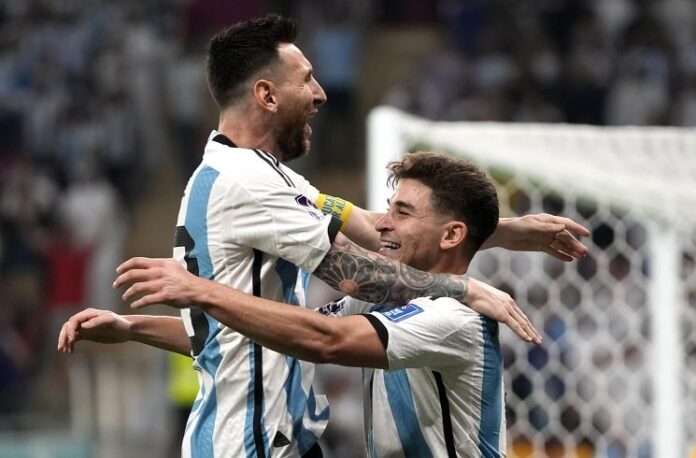 The Portuguese star has qualified for the quarter finals where his team will be playing against Morocco. On the other side of the bracket is Argentina and the only way both teams can play each other would be either in a third place match or in the final of the World Cup.

He has played with Sergio Agüero at Manchester City and presently a team mate of Julián Álvarez. Speaking in an interview with Ole, here is what he had to say about Argentina:

“I see Argentina as very good. They started with the game vs. Saudi Arabia, which was not good. But the truth is that I see them very good, they are one of the favorites to win this competition.”

In regards to Julian Alvarez:

“I am very happy for Juli. He’s a great kid, he’s a great player, who surprised me a lot when he came to City because I didn’t know what to expect and I hope to see him in the final. The truth is that I see Argentina as one of the favorites.”

“How do I see Messi? Messi is Messi… He is a player which everyone knows what he can do. And let’s hope that if we play against him in the final, that he doesn’t play or that he plays very badly, hahaha.”