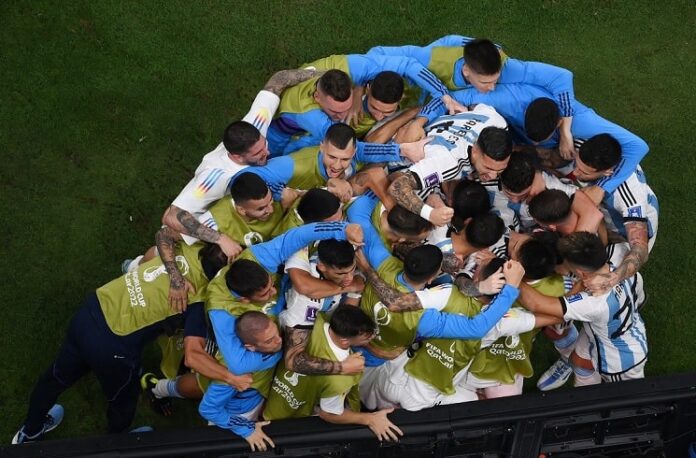 Argentina have won a World Cup classic with a 2-2 (4-3) win on penalty kicks and are in the semi finals of the World Cup.

For a second time in three editions, Argentina will be playing in a semi final. A tight game vs. the Netherlands in the quarter finals but it was Lionel Messi with a goal and an assist and the drama of penalty kicks.

Lionel Messi provided the assist of the tournament, a no look pass which split the Dutch back line and found Nahuel Molina. It was a great control by Molina and a toe poke to score and give Argentina the 1-0 lead. now has the most World Cup assists in the knockout stages, since Opta started recording them in 1966 with five, overtaking Pele who had four.

The second half saw very little chances by both sides until Marcos Acuna was tripped inside the Netherlands penalty area and Argentina were awarded a penalty kick. Lionel Messi would take it and he would score.

Messi has now scored 10 World Cup goals, joint top scorer with Gabriel Batistuta for all time goals in a World Cup by an Argentine. He now has four goals in this World Cup.

But the match was not over. The Netherlands would score off a cross and a header by Weghorst to pull one back. And the drama was on.

Referee Lahoz added 10 minutes of injury time and in the ninth minute, the Dutch were awarded a penalty after a foul by Pezzella. A free kick played short and Weghorst again would score and the Dutch were level.

It would go to extra time and Enzo Fernandez would come close as he hit the post in the 120 minute. For the first time in this World Cup, Argentina would go to penalty kicks.

Emiliano Martinez, just like at the Copa America, would be the hero. Martinez saved the first two penalty kicks by the Dutch, the first by Virgil van Dijk and the second by Steven Berghuis. Argentina took a 3-1 lead and Enzo Fernandez would miss his. Weghorst and Luuk de Jong would score theirs but Lautaro Martinez would score his and Argentina are through to the semi finals!