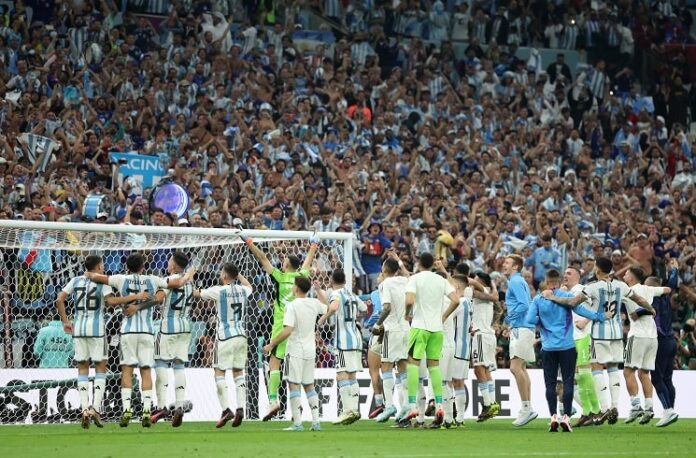 Argentina will play the final of the World Cup!

Lionel Messi and Argentina will play all seven matches at the World Cup and the last one being the final. A match which was tight at the beginning, it took Julián Álvarez to be taken down in the penalty area by the Croatian goalkeeper and Argentina were awarded a penalty kick.

It was Lionel Messi who took it and Messi scored to give Argentina the 1-0 lead. Messi has now scored 11 World Cup goals, the most ever by an Argentine.

Julián Álvarez would score one of the goals of the World Cup. It was Nicolás Otamendi who won a header, Lionel Messi flicked it and passed it to Álvarez who ran the length of Croatia’s pitch and scored.

The Lionel Messi show was truly one in the second half. A run only Lionel Messi is capable of making, he ran down the wing into the penalty area, dribbling around the Croatian players and he would pass it to Alvarez who would score to give Argentina the 3-0 lead.

And Argentina are in the World Cup final!