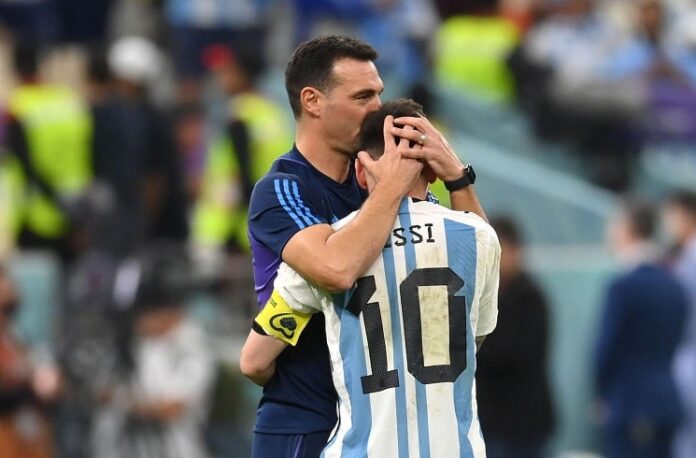 Lionel Scaloni will coach in a World Cup final on Sunday and he spoke about the Argentina national team and the World Cup final. Here is what he had to say:

“The group is in their best moment. Tomorrow’s match is Argentina against France, beyond Messi and Mbappe.

“We called up a ton of players in this process. We are very happy with that. All of those who have gone through this national team left on good footing. That was achieved, without a doubt.

“Our biggest win is that everyone feels part of it. That is fundamental. We have to enjoy these moments until the match starts. All of this will remain in history.

“I am proud and enthusiastic about the moment we are living. We are on the verge of a final but the important thing is the road to get here.

“I hope everyone can join us and we give them joy.

“Hopefully we can win the cup, it would be great. We know how to attack them, we have a clear game plan.

“I believe we have the best fans in the world. They needed joy and I believe we are giving it to them.

“Football is more than a sport. The people have been happy during this World Cup and for us, that is wonderful.”

“If it’s Leo’s last match with Argentina, we hope we can win the cup. There isn’t a better scenario than a World Cup final to enjoy it.”

Regarding the World Cup final:

“France have a team that supplied Mbappe and makes him an even better player. He is one of the great players, he is young and he will continue to improve.

“I don’t think the referee can hurt anyone. He refereed well against Australia, let’s hope he does it again.

“We cannot only think about winning every duel. There are too many factors to analyze well and to try not to fail.

“I have already decided how we are going to line-up. We know where we can hurt the opponent.

“You have to play the matches minute by minute because it could change. We are prepared for that.”