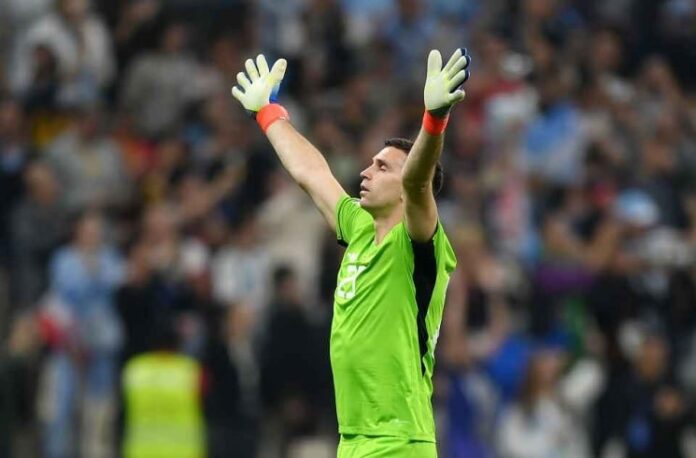 Emiliano Martínez spoke at a press conference on Saturday before the World Cup final.

Martínez was the player who spoke at the press conference as he commented on the Argentina national team and the World Cup final. Here is what he had to say:

“It’s crazy to be in the World Cup final. We started with a loss to Saudi Arabia but we improved match by match.

“It was a difficult road but we said that we were not going to leave the country in bad conditions, that we wanted to get to play in the World Cup final.

“It’s difficult not to think in how much it has cost us to get here. I have been a fighter my entire life. It’s very emotional to have the entire Argentine people defend the goal with me but when the match starts, I have a cold mind.”

In regards to France and the World Cup final:

“We were looking at France because they also could have been our opponent in the Round of 16. They have a great defense and four very dangerous forwards.

“We like that they say the other team is more of the favorite. We don’t feel inferior to anyone.

“When we went to play Brazil, they were the favorites. Now for many the favorite is France. But we have the best player in the world.

“They made a lot of comments about South American football but it’s very difficult to talk when you haven’t played there.”

When asked about how he is and the support:

“We feel at home in every match, we feel the people very close to us. It’s a big advantage.

“I am a normal kid. I don’t lose my temper when things are going well and I don’t get depressed when they go wrong. When I am in Argentina, I am with those who ask for pictures all the time. I was not born in a golden cradle and I value that.”