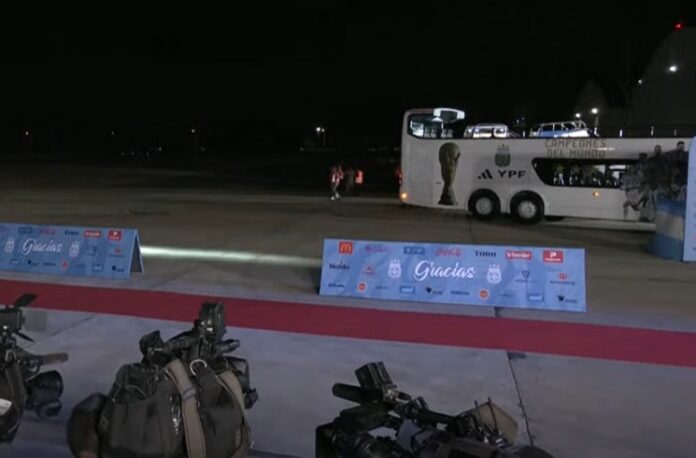 The World champions have landed in Argentina!

A live video is on Youtube showing the arrival of the team back home to Argentina with thousands of fans waiting to greet them. You can view the live stream below: