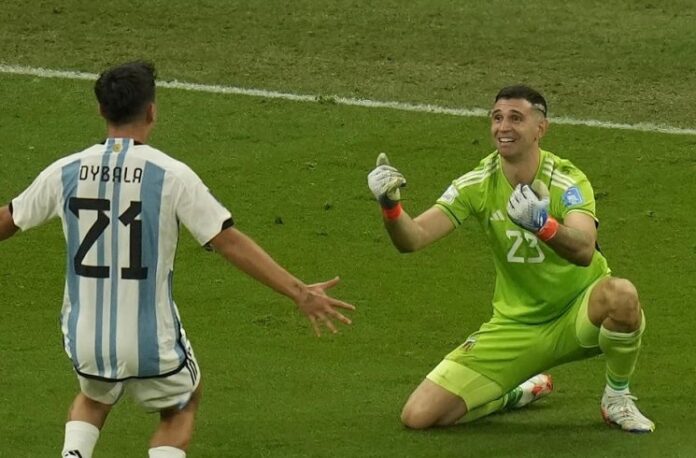 Paulo Dybala spoke about the penalty he scored in the World Cup final while also mentioning Emiliano Dibu Martínez.

Dybala was brought on as a substitute in the World Cup final to take a penalty. With Lionel Messi scoring Argentina’s first penalty, Dybala was the second taker and he mentions he originally was not going to shoot down the middle.

After all of the celebrations in Buenos Aires, Dybala was at the airport in Córdoba and he spoke to the media. Here is what he had to say:

“When I went in, I knew it was for the penalties. I had planned to go to one side but Dibu told me after they missed that I should kick down the middle because the goalkeeper always dived. Luckily, I listened to him.”