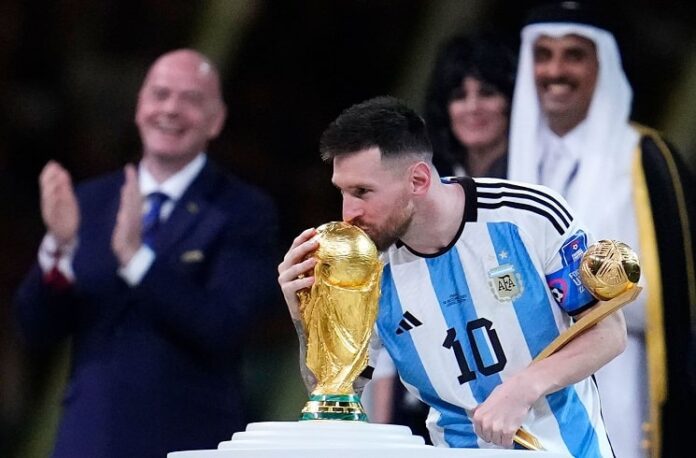 Lionel Messi has been invited to join the Brazilian Maracanã Hall of Fame.

Messi continues to break records and gain love from fans around the world. This time, from Brazil.

The Argentine World Cup champion has been invited to join the Maracanã Hall of fame. Adriano Santos, the president of the Rio de Janeiro State of Sports, sent a etter to the AFA which included this:

“Messi has already demonstrated his importance on and off the pitch. He is a player who has been at the highest level in the history of football for years”

“It is only fair that the Maracana pay tribute to him. After all, he is a genius with the ball.

“Nothing could be more fitting than for the Maracana to also pay tribute to him.”

Argentina won the 2021 Copa America at the Maracana in Brazil with Messi lifting the trophy. He would join fellow giants of football like Pele, Garrincha, Rivelino and Ronaldo of Brazil.