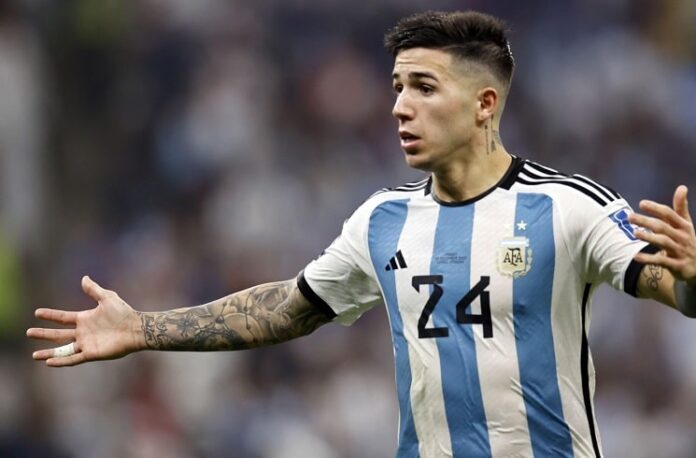 Chelsea and Benfica are already negotiating a bid of €127 million for Enzo Fernández.

The Argentine player is wanted by many top teams in Europe. Since joining Benfica, Enzo has continuously been one of the club’s best players and also made the Argentina national team for the World Cup.

Enzo Fernández has been linked with a move away from Benfica for several weeks and now a move could be happening. According to César Luis Merlo, Chelsea and Benfica are negotiating forms and structures for the Premier League club’s €127 million bid for the World Cup’s Young Player of the tournament.

The transfer does not appear to be easy but Chelsea are pushing for it. Should the transfer happen, River Plate, Enzo’s former club, would receive €31,750,000 million.