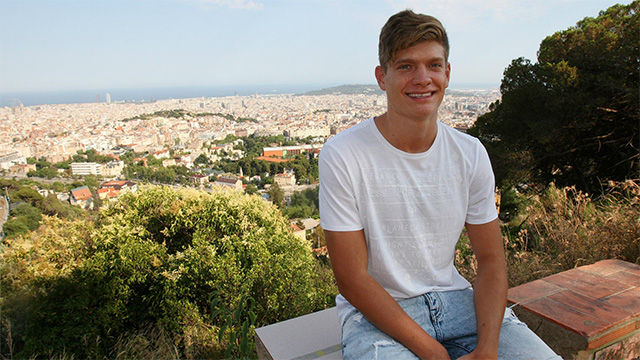 Barcelona has signed 19 years old Mariano KOYNK from Valencia (the transfer apparently took place in back in May). The youth team captain will be part of Gerrard LOPEZ’s set up at Barca and is hoping to be part of the senior squad in the future.

KOYNK who plays at as a center-back, has as Ukrainian ethnicity background via his parent who emigrated to Argentina when he was a young kid but has been living in Spain since he was at the age of five.

When asked during an interview with Sport whether he considers himself as Spanish, Ukrainian or Argentine; the kid who confess to idolize both Nicolas OTAMENDI and Roberto AYALA, said “Argentine, no doubt!”.