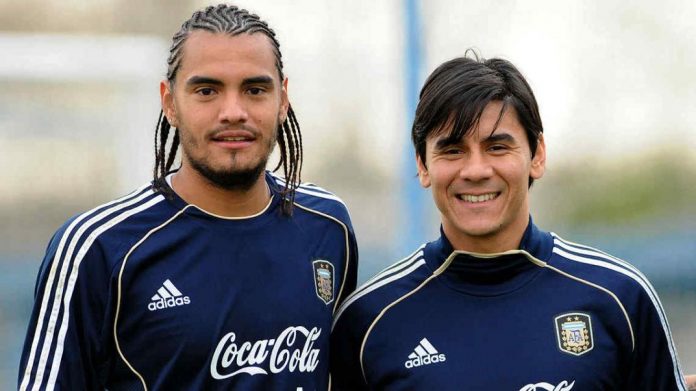 Following the 2006 FIFA World Cup, there was a post put up previewing potential Argentina players who might have a chance to make it to the 2010 tournament in South Africa.

All of the posts from 2006 have been uploaded onto Mundo Albiceleste (the rest of the years will be posted as well) and going through the preview for 2010, there were a few names which made the cut but many that never amounted to anything with the Argentina team.

Here was the article originally posted on July 6, 2006 previewing the players. Were there names that were missed or names which you thought would have been there for the 2010 team?

Roberto ABBONDANZIERI was one of the highest points for Argentina in 2006, but he might be too old for the next World Cup. He is almost 34 and even though Jens LEHMANN is 36 now and he had a great World Cup, ABBONDANZIERI will have almost 38 and will be almost impossible for him to be included. That said, he is poised to get a contract in Spain and start a brand new international career at his age. So you never know.

There is nothing to be worried about. Argentina has other options between the three posts. Oscar USTARI was our only player in the squad not to play a single minute in this World Cup, but he gained experience by being with the team in such circumstances.

Leo FRANCO will be 33 and if he keeps up his performances in Spain he could become our first choice.

Running behind these two there is German LUX (who very narrowly missed the trip to Germany). He is very young and he is established in River Plate (and may be going to play in Europe very soon).

Mariano BARBOSA made a move to Spain to play for Villarreal and will continue to gain experience and improve in this coming four seasons.

Franco COSTANZO is another product of River Plate’s youth system and has incredible reflexes. He got relegated with Deportivo Alavés in Spain but no doubt he has the qualities. He has four years to establish himself once again.

Out of the current squad, there might be some defenders still in contention to play in 2010.

Instead of going case by case, I’ll name those who I think will have to stay and try and explain why.

Gabriel MILITO: Solid. Played a great game against Holland and has the best years of his career still to come. He’ll be 30.

Nicolas BURDISSO: Adaptability. He can play in every defensive position. Had a great World Cup before his injury against Holland. If he keeps up his performances for Inter Milan, he should be heading for South Africa. He’ll be 29.

Gabriel HEINZE: Experience. He’ll be 32 and he better use his experience to avoid silly mistakes like those he made in Germany. Playing at a high level for Manchester United could help his case.

Of those I like from our defensive core these three are the only ones who have a chance to make it to the next World Cup in terms of age. Captain Juan Pablo SORIN (34 in 2010) and former skipper Roberto AYALA (37) will miss out. And guys like Fabricio COLOCCINI, Lionel SCALONI and Leandro CUFRE should not play unless they improve dramatically in the next few seasons.

New faces?
Gonzalo RODRIGUEZ should have played in this World Cup if it wasn’t for his nasty injury sustained in a Champions League encounter last season. He will be one of the top central defenders for the next years to come. I’m thinking of a couple of central defenders formed by him and Gabriel MILITO. We have a future there! By the way, if you want to follow GONZALO, he plays for Villarreal and he’ll be 26 in 2010. He has 5 caps with Argentina and scored 1 goal (against Mexico in a friendly match).

Walter SAMUEL did not make it to Germany. He never got to be the same he was when he won the Scudetto with AC Roma (2000/2001). But he can make a comeback and be an experienced 32-year old central defender in our next World Cup squad.

So we’ve got 5 already. No room for surprises so far! We might take 6 or 7 defenders to the next World Cup and the last two spots could be filled up by new-comers. Four years is a lot of time in football and lots of careers are build up in less than that.

But here are a couple of bets to the future:

Gustavo CABRAL. He plays for Racing Club and is familiar with Argentina Youth Teams. He is already established in the first division and if he manages to secure a move to Europe, he’ll be better regarded by everybody. Has speed. Knows how to head the ball and will be 24 at the time of the World Cup.

Daniel DIAZ. While this is not exactly a bet to the future, he’s a player who can become a power house in the next couple of years. With experience in Mexico and being a key to Boca’s recent success, there might be a spot available for him. Some defenders seem to hit their best form in their late-20’s so a move to Europe would not be something crazy to think. He’ll be almost 31 in the next World Cup.

Nicolas PAREJA. He comes from Argentinos Juniors (just like MARADONA, REDONDO, CAMBIASSO, SORIN and RIQUELME to name a few) and he have just secured a move to Anderletch (Belgium). Watch out for him in the coming seasons. He’ll be 26 and he can present a good battle for a starting position come 2010.

The goalkeepers and defenders included in the 2010 team were the following:

Not a single one of the goalkeepers which were mentioned back in 2006 made the squad four years later. Meanwhile for the defenders, Nicolas BURDISSO, Gabriel HEINZE and Walter SAMUEL all made it.