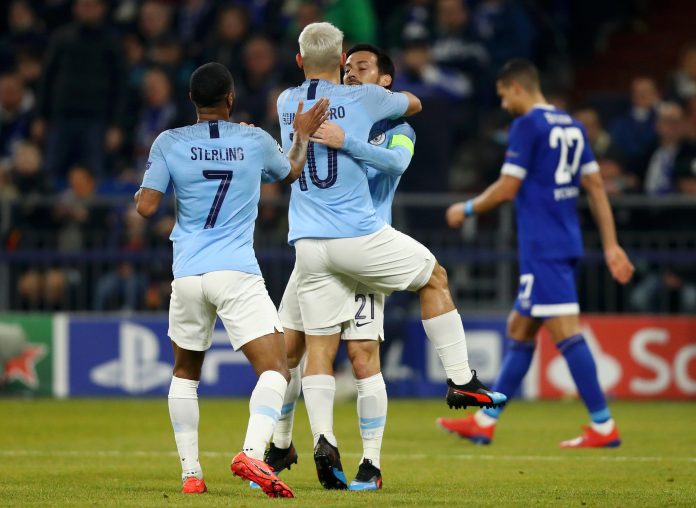 Sergio AGUERO scored while Nicolas OTAMENDI was sent off for Manchester City in their 3-2 win against Schalke.

Arguably the easiest goal Sergio AGUERO will have scored in his entire career, the Argentina made it 1-0 for Pep GUARDIOLA’s team. LeRoy SANE robbed the ball from the defender and passed it to an unmarked Sergio AGUERO in the penalty area and it was 1-0 for Manchester City.

Schalke would take the lead before half time with two penalty kicks. Nicolas OTAMENDI would get himself red carded after getting two yellow cards as Manchester City would play a man less for the remainder of the match.

However, the reigning league champions would score two more before the end of the match.