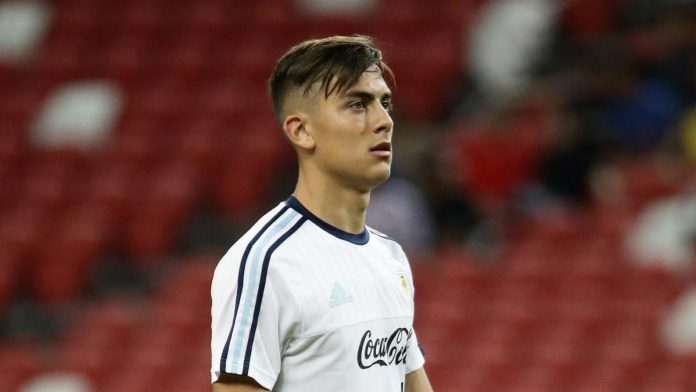 When you ask most soccer fans about the talent the Argentina national team has, a name that will pop up nearly every time is Paulo DYBALA. The Juventus forward has flung himself into the national spotlight since transferring to Turin in 2015, becoming a crucial figure for the club and even being christened as the club’s new “No. 10”.

There is no denying that DYBALA has immense talent. He is a fantastic dribbler, has an eye for creating scoring chances and can finish like a striker. He isn’t overly fast, but he’s agile and has good acceleration. Not any player can score 17 goals as an 18-year-old in the Argentine second division, move to Palermo and help gain promotion and follow it up with a 13-goal season, then move to Juventus and score 77 goals and notch 31 assists in 172 appearances as an attacking midfielder.

Despite his accomplishments and performances to this point in his career, DYBALA’s usage for his club and national team continues to perplex. DYBALA made his national team debut in October of 2015. He missed out on the 2016 Copa America, but was frequently called up by Edgardo BAUZA and Jorge SAMPAOLI following the tournament. Since 2015, DYBALA has appeared in a measly 18 matches for his national team and scored just one goal.

Under Massimiliano Allegri at Juventus, DYBALA continually gets playing time, but he routinely gets subbed off with 10-30 minutes remaining in many matches. This season, with Cristiano Ronaldo on the team and Fernando Bernardeschi improving, a logjam at the wing positions has been created, and DYBALA has suffered because of it. Across all competitions (36 total matches), he has come off the bench six times for a total of 72 minutes. And he has been unused and left on the bench on four different occasions. It’s only gotten worse recently, as he’s been a substitute over the last two Serie A matches and only played five minutes in a massive clash against Napoli over the weekend.

Argentinian national team fans consistently call for DYBALA to start and be the centerpiece of La Albiceleste, yet he doesn’t even appear to be an unquestioned fixture for his club’s plans. Several Argentina managers have noticed and it’s no coincidence that DYBALA hasn’t been a stipend in starting lineups for the national team under four different coaches: Tata MARTINO, BAUZA, SAMPAOLI and Lionel SCALONI. Sure, his penchant for hanging around the right wing – in the same position as Leo MESSI – has had something to do with that, but even when MESSI hasn’t played, DYBALA has started in just five of those matches.

I don’t believe his sporadic playing time at Juve is a problem of his, as DYBALA is more of a center forward or second striker than he is a right wing, plus he has plenty of competition at the position. But the fact that an assortment of coaches hasn’t been able to fit him in with other star players is a legitimate concern that shouldn’t just be glossed over. Say what you will about any of his previous or current managers, they are among the best in the world. They know more than us, and DYBALA not being an indispensable figure on an every-week, every-match basis should tell us all we need to know about the player’s dependability.

DYBALA is a wonderful talent who has the ability to break matches wide open and decide the final outcome. That is valuable, but he just hasn’t proven to be extremely consistent, which is expected of a player of his supposed caliber. His contributions are a tier or two below the Messis, Ronaldos, Neymars and even Mbappes of the sport. His managers have recognized that. We should, too, and lower our expectations in the process.

Gonzalo Escalante scores for Alavés in 2-1 win vs. Villarreal