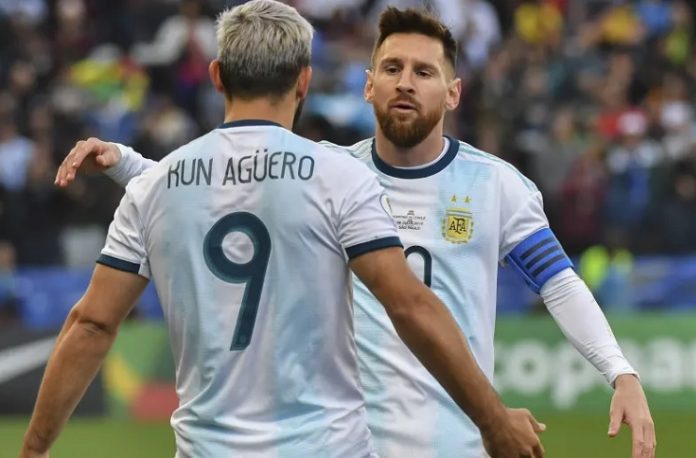 Lionel Messi, Sergio Aguero, Lisandro Martinez and Gio Lo Celso are among the names who are expected to make the Argentina team for the month of November.

Argentina coach Lionel Scaloni has two more matches left this calendar year and the list of players for those matches will be announced in the next few days. Per a report by TyC Sports, several names will be making a return to the team when they play Brazil and Uruguay in a few weeks time.

The biggest name of all is that of captain Lionel Messi who has been suspended since the Copa America. Messi will be included in the list for the two clashes while good friend Sergio Aguero will be in the list as well. Aguero has not played for Argentina since the tournament in Brazil.

Lisandro Martinez of Ajax has spent the last few months in the Argentina U23 team but is rumored to be making the senior side this time around. Giovani Lo Celso who missed the last few friendly matches due to injury will be joining them too.

Boca Juniors goalkeeper Esteban Andrada and fellow team mate Alexis Mac Allister will make the squad in November after having been left out in October due to their Copa Libertadores matches vs. River Plate. Another player who missed out in October due to the Libertadores is Walter Kannemann of Gremio who is set to be there against the two South American nations. In contrast, no River Plate players will be included for the month.

Two more names are rumored as Rodrigo Battaglia and Matias Zaracho could find themselves making the team.