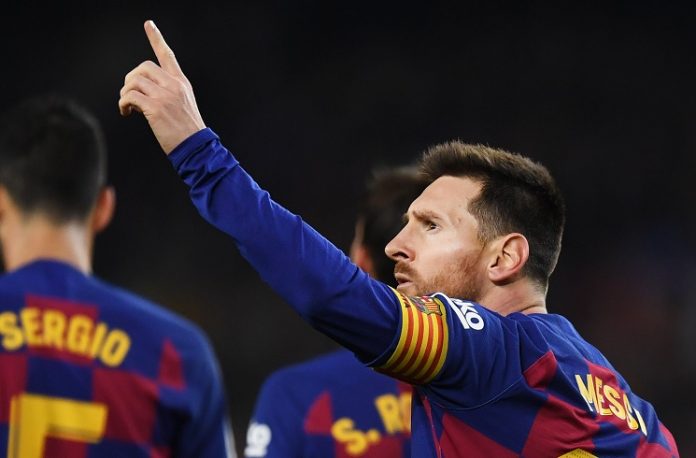 Lionel Messi scored a hattrick for FC Barcelona in their 5-2 win vs. Mallorca.

It was the Lionel Messi show and Lionel Messi week. A few days after receiving a record sixth Ballon d’Or, the Argentina captain lead his team to victory scoring a new record 35th La Liga hattrick.

Messi scored his first goal in the first half. He received the ball outside of the penalty area and a well placed curled shot beat the goalkeeper. Number two would prove to be just as sweet.

He would receive the ball once more outside of the area and just like his first effort, a great shot would make it 3-1 for Barcelona. His third would be just as beautiful.

Barcelona’s captain would receive the ball inside the area and a first time shot would rocket into the net.