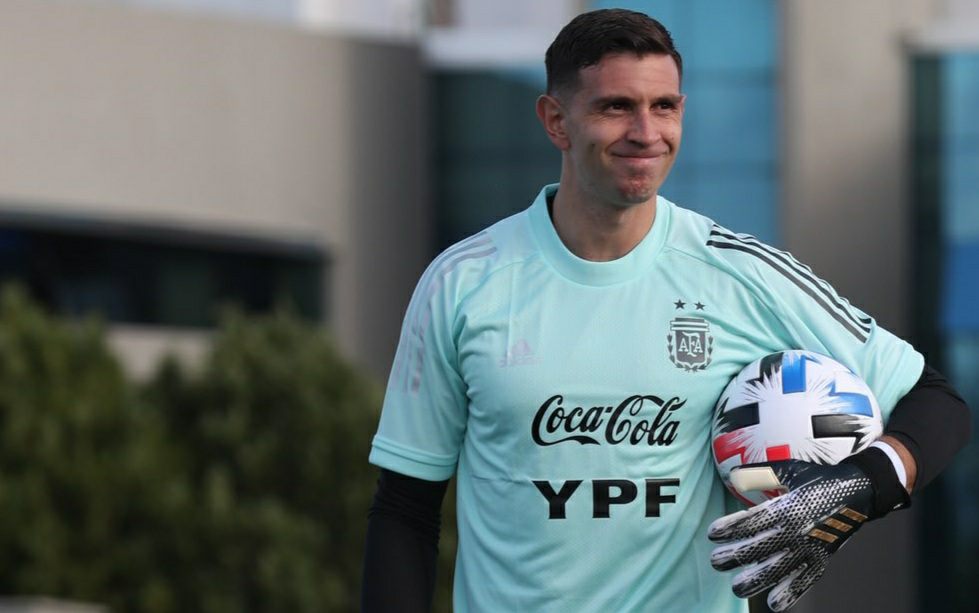 Emiliano Martínez has been called to the Argentina national team and he spoke about being with the team and about asking Lionel Messi for a photo.

Martínez has been on an impressive form and is with the Argentina national team for the World Cup qualifiers this week. Speaking in an interview with Ole, here’s what he had to say:

“Everything is positive. It’s my first call up to the Argentina national team for a World Cup qualifier. For that, to be here, it’s a dream. Being here, I am happy.

“The truth is that I will enjoy it and will try to give my best. If I’m selected, good. Otherwise, I’ll cheer on whoever is selected.”

About the competition among the other players:

“The nice thing is that beyond them being great goalkeepers, they are all nice people. And you have to support whoever it is.”

In regards to asking Lionel Messi for a photo:

“I still have to ask him for a photo. For my family and for my son Santi. I want to have it for him for when he grows up, so that he knows who was the best of them all… I’m embarrassed to ask because everyone asks him for one.”