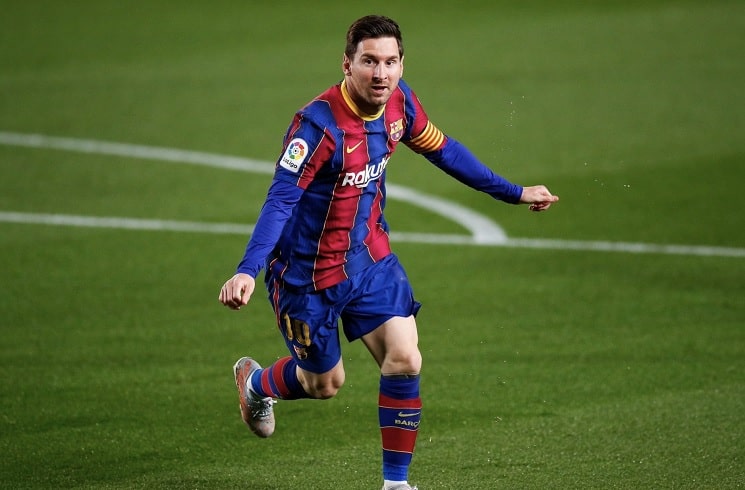 Lionel Messi scored twice and assisted another in Barcelona’s 5-2 win vs. Getafe.

Messi continued his excellent goal scoring form, once more netting twice in one match. The Barcelona captain hit the crossbar just a few minutes into the match and would score just minutes after that. A lovely ball over the top by Sergio Busquets found Messi as the Getafe backline tried to take Messi down but the Argentine continued on and his shot beat the goalkeeper to give Barcelona the 1-0 lead.

Getafe would equalize just minutes later off a Lenglet own goal but it would be Messi who would once more bail his team out.

The best player in the world would receive the ball again inside the penalty area as his initial shot would hit the crossbar but he would get to his own rebound and score to restore Barcelona’s lead.

A second own goal of the game, this time in Barcelona’s favor would make it 3-1 for the Copa del Rey winners. Getafe would get a penalty in the second half to cut Barcelona’s lead.

It was a Barcelona corner kick as the talisman would take it and find Araujo for the goal as Messi registered yet another assist for the season. A penalty in the last minute of the game was awarded for Barcelona but it was Griezmann who took it and scored.

Now on 25 goals and 11 assists in the league this season, Messi leads the Pichichi race for most league goals.

Another 2 superb goals and an assist for Messi. He did miss this sitter, though. Overrated. pic.twitter.com/vsHXwHaFES