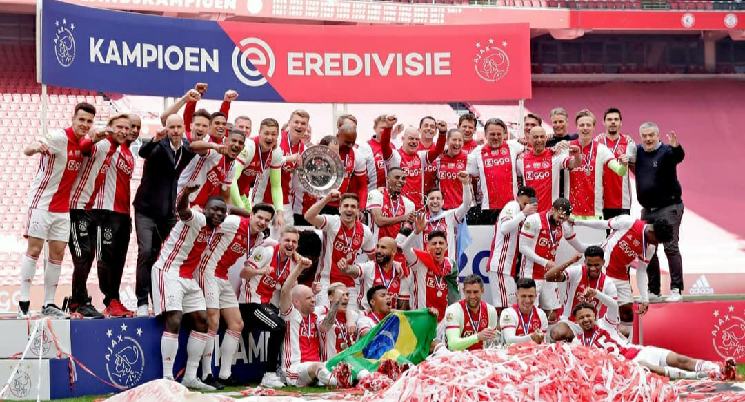 Nicolas Tagliafico and Lisandro Martinez both won the Eredivisie with Ajax.

A big congratulations to both Argentine players as well as the club for winning the league in the Netherlands. For Tagliafico, that league title is his second since joining the club and fifth overall in the country, having also won two KNVB Cup titles and a Dutch Super Cup.

For Lisandro Martinez, it’s his first league title and third trophy in total, having also won the KNVB Cup and Dutch Super Cup this year.

Both men have been included in Argentina’s preliminary list of 50 players for the Copa America. Nicolas Tagliafico will surely be included while Lisandro Martinez’s inclusion is not confirmed. It’s very possible that the 23 year old takes part in the Olympics for Argentina and misses out on the Copa America.

Congratulations to the Argentine duo of Nicolas Tagliafico and Lisandro Martinez, as well as all of Ajax for winning the Eredivisie! pic.twitter.com/DbJqmCbq2j

Congratulations once more to both men and Ajax for winning the league!