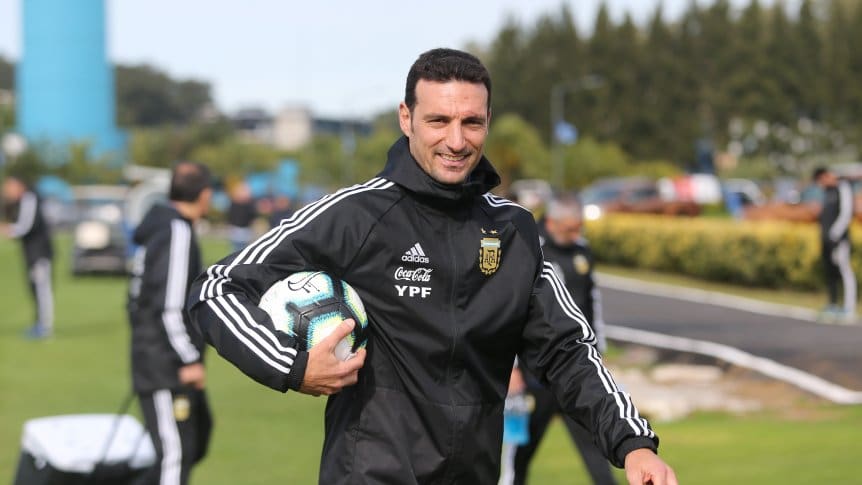 Argentina national team coach Lionel Scaloni will look to lead his country to a first international trophy in over 25 years when the Copa America starts next month.

The coach will try to manage everything as best as he can as it is unchartered territories. Scaloni spoke about the qualifiers and the Copa America in an interview with Ole. Here’s what he had to say:

“We try to make sure that everyone is in the best condition for these two matches and the Copa America. It’s still a complicated and rare thing to have a Copa America and two World Cup qualifiers, it has never happened before.

“We are surely one of the national teams that will compete until the end and that has to be enough. Football is so competitive, so difficult, one shot saved, one mistake from the referee and we know this very well and you’re eliminated.

“Even with VAR, which is supposed to bring some justice, you can get eliminated despite being infinitely superior to your opponent. If you are better than your rival and you’re eliminated, no one is going to say you deserved to win the Copa but that you got eliminated.

“There’s no merit in the end, only recognition to those who win. But today, promising is difficult and it would be lying to the people to promise them that we are going to win it. Yes, we are going to be a big team and we are going to fight until the end.”

The coach also spoke about Argentina being favorites and other national teams:

“For all the years where Argentina has not been able to win what everyone talks about, that Argentina are a favorite, the reality of it is the opposite. There are many top class national teams, more than ten, that can compete with anyone, that can defeat anyone.

“Today, you can win the World Cup while being ranked number 18. The important thing is the how, how to play, how you shine, how history ends. After that, everyone wants to win and be champion but in the end, only one will win.”

When asked about the 2019 Copa America and the controversial semi-final match vs. Brazil:

“At that Copa, we got eliminated and the people, not just the fans, the entire world knew that we lost but that we did not deserve to lose but it happened like that, Argentina were eliminated but it wasn’t a catastrophe.

“Yes, it left a bad taste in my mouth. Not only because Brazil beat us but also due to errors unrelated to a football match which were obvious, even if it was unintentional mistakes.

“But at the same time, it’s true that the Copa America did leave a good taste in our mouths and that now we have the chance to do even better and that is what we are going to try to do. To try and go even further because that’s what we want and that’s what we yearn for.”