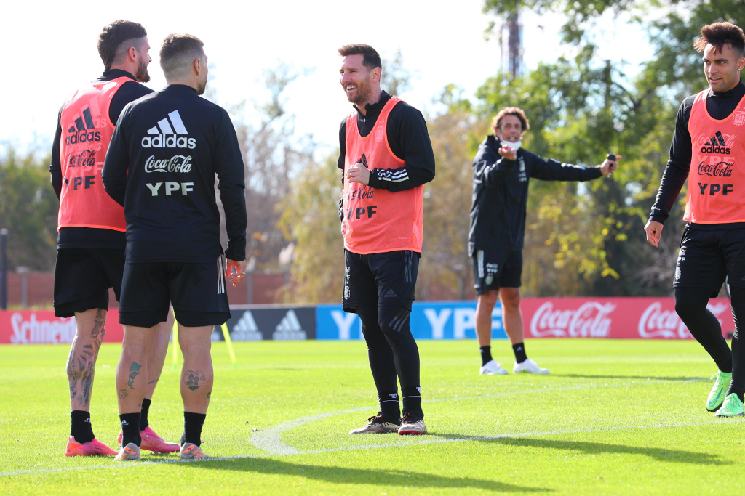 Lionel Scaloni spoke this Wednesday through a press conference, and commented about the national team, in addition to confirming the starting eleven on Thursday’s game vs. Chile.

Scaloni stated that River Plate players Gonzalo Montiel and Franco Armani will not travel with the team vs. Chile since both player’s PCR continue testing positive:

“We are very sorry that they cannot travel with their teammates, we waited until the last moment.”

“We will face the match vs. Chile as we face every match. Sometimes the rival takes the initiative, but our idea is always to be protagonists. We will have a great rival in front of us, we must take the necessary precautions.”

Scaloni also talked about some of the young players that will be in the starting XI, such as Cristian Romero and Juan Foyth:

“We decided based on what we saw in the practices. In the case of Cristian Romero, he had a great season. It is time for him to play and to show what he can do. Obviously, it is his first game, but he has all our confidence.

“Juan Foyth has improved a lot, both defensively and offensively. He is a player who gives us different ways to defend, he is interesting, and we trust him.”

Otherwise, this is what Argentina’s coach had to say about the Copa America:

“Everything has been said. We are going to go, play, and try to do our best. There are still many unknowns (regarding Brazil hosting it) though.”