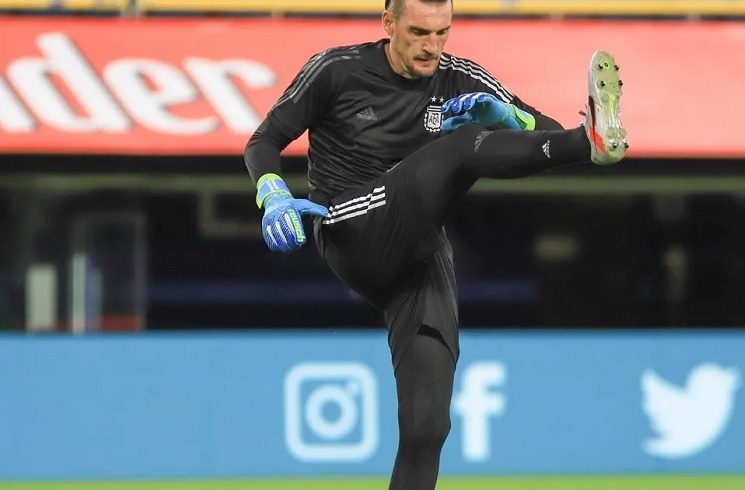 Franco Armani has once more tested positive for Covid-19 this Saturday, but there is still a possibility he travels with the team and even plays vs. Chile.

Per a report from last Friday by Olé, Argentina would have received the “OK” from Brazil’s government to include any player who is no longer contagious, even though he still has a positive PCR result.

This is good news for coach Lionel Scaloni since the main reason why Franco Armani didn’t participate in the World Cup qualifying matches last week vs. Chile and vs. Colombia had to do with sanitary protocols where the matches took place and not the protocolts set by CONMEBOL. As for CONMEBOL, Franco Armani can even play, if coach Lionel Scaloni decides to select him.

With this, the decision of including Armani in the plane that will depart this Sunday to Rio de Janeiro will depend on Argentina’s coaching staff. There would be no impediment from the city, even less from CONMEBOL, for River Plate’s goalkeeper to travel without any inconveniences this Sunday with the national team for Argentina’s first Copa America game against Chile. That match will be played on Monday.

It is worth mentioning that Argentina will not be staying in Brazil during the tournament. Conversely, the national team will be returning to Argentina after each game, settling in AFA’s training facility in Ezeiza.