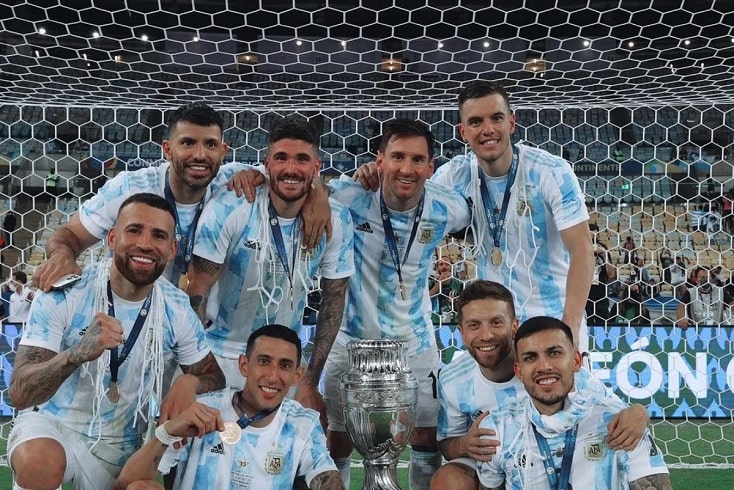 Leandro Paredes was an integral part in Argentina’s Copa America winning tournament in Brazil and the Argentine spoke to the Super Mitre about what it meant to lift the trophy.

Part of the dynamic midfield three for Argentina alongside Rodrigo De Paul and Gio Lo Celso, Paredes has become an important figure in the national team. Speaking to Super Mitre, here is what he had to say about winning the Copa America:

“Bringing joy to people during a difficult time in the country, it’s gratifying. I’m happy that we were able to achieve what we dreamed of.

“We took a weight off for Qatar but the best will be there. We want to get there in the best way possible.”

“We wanted Messi to have a title with the Argentina national team. I have never seen him look so happy after lifting a trophy. We took a weight off for Qatar but the best will be there. We want to get there in the best way possible.”

In addition, Paredes gave his thoughts on Lionel Scaloni:

“Hopefully Scaloni continues to be the coach of the Argentina national team.”

While the Argentina national team was celebrating their Copa America win at the Maracana, Neymar was seen hugging several Argentine players and was even captured sitting alongside Lionel Messi and team mate Leandro Paredes after the match. Paredes commented on the situation:

“If we did what Neymar did after the match, they would have killed us. We would have had to have gone straight to Paris.”