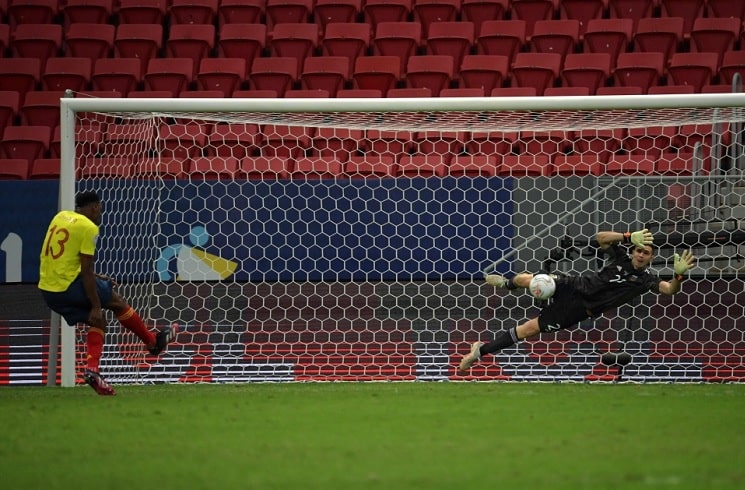 Germán Pezzella was part of the Argentina national team which won the Copa America as he spoke about Emiliano Martínez during the penalty shootout and Gonzalo Montiel shutting down Neymar in the final.

Pezzella was on the pitch when Argentina eliminated Colombia in a penalty shootout in the semi final of the 2021 Copa America. The Argentine also played in the final when Argentina defeated Brazil to lift the trophy.

He spoke about Emiliano Martínez during the penalty shootout and what Martinez was saying to the Colombian players as they were preparing to kick. Speaking in an interview with La Selecta, here is what he had to say:

“We were on the half way line of the pitch and since there was no one, it was silence during the penalty shootout. And something was heard but you couldn’t hear it with clarity. What was heard the most was the “I’ll eat you, I’ll eat you, brother”. That, yes, it was heard. The rest you could hear that he was talking but it wasn’t heard clearly. And at that moment, we were nervous because of the penalties, with all of the euphoria and we didn’t understand or even give it much importance.

“The match had just ended, we entered the locker room and one of the guys put the video where the camera was behind the goal and it caught what he said. We died because we couldn’t believe it. We asked him ourselves: “What went on in your mind?” And that’s what I am telling you, he’s like that. He comes to you as another person and you say it’s impossible and here comes Dibu and it’s like that. He can say anything, at any moment.

“In penalties, he feels this confidence, with the personality to say: “Well, I have to do something more.” He does it, it comes out well and we can enjoy it.”

In regards to the final against Brazil, Gonzalo Montiel was one of Argentina’s best players. Shutting down every player on his side and more specifically Neymar, here is what Pezzella had to say:

“The other day we were having a barbecue with Guido Rodriguez, Gonzalo Montiel and Marcos Acuña, who are all here in Spain and we were talking about the final. We started to joke with Montiel who is all shy and quiet because he had eaten Neymar (shut him down). We started to talk about the final and we remembered Neymar in the second half. Individually speaking, he was spectacular. There was a moment where we couldn’t take the ball off of him. One, two, three and a low hit. I saw it from the outside and I was substituted in with 20 minutes from the end thinking “Now I have to hit him.” He was at a high level.”