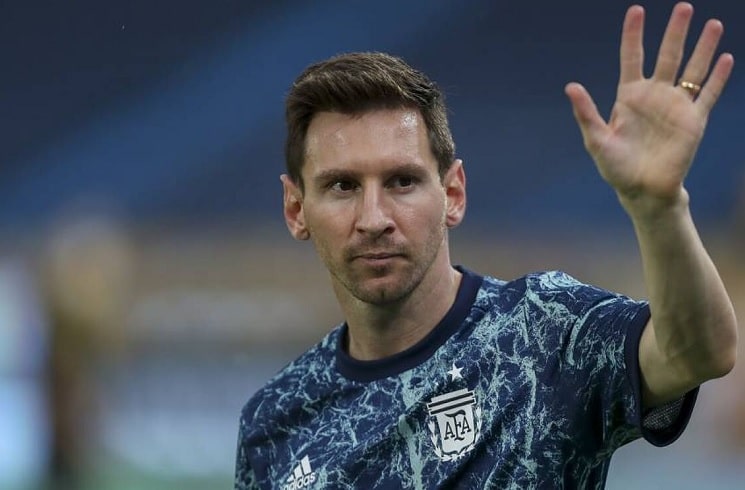 Argentina national team captain Lionel Messi spoke about the squad prior to the start of the Copa America.

Lionel Messi, along with the rest of the Argentina national team squad and coaching staff, landed in Brazil on Sunday evening. The team will be based in Argentina for the Copa America and will be flying in and out of the country prior to and after matches.

Messi commented on the team and how they are for the Copa America. Here’s what he had to say:

“I believe we’re here at a good time. It had been a while that we weren’t together and it was difficult at first. We played two good games, apart from the fact that we couldn’t get a win. We always try to have a strong group, to build a competitive team. It has been some time that we’ve been working with the same idea, I think we’re still training but on the right track.

“The new guys have arrived, I think the idea and the way the Argentina national team plays is very clear. I think it’s the moment to strike and this Copa is a big possibility. We’ve arrived doing things well but we need a win. It’s always important to start off with the three points because it gives you tranquility. We know it’s difficult but hopefully we could do it.

“We are left with a sour taste in our mouths with the way the match vs. Colombia ended. But beyond that, I believe we left a good image. There are things to correct and we are willing to continue to grow.”

Regarding his career with the Argentina national team:

“The tournaments with the Argentina national team are always special. I never would have imagined playing as many matches as I have in this shirt. I always live it day to day and try to give as much as I can.

“I’m always available for the Argentina national team. My biggest dream is to win a championship with this shirt. I was very close a few times. It didn’t happen but I keep trying. I will always fight for this dream.”

The captain also commented Rodrigo De Paul and what he means for the team:

“Rodrigo De Paul is an important player because of what he generates on the pitch. We’ve gotten to know each other little by little and I feel very good playing alongside him.”

Argentina play Chile on Monday in their opening match of the Copa America.