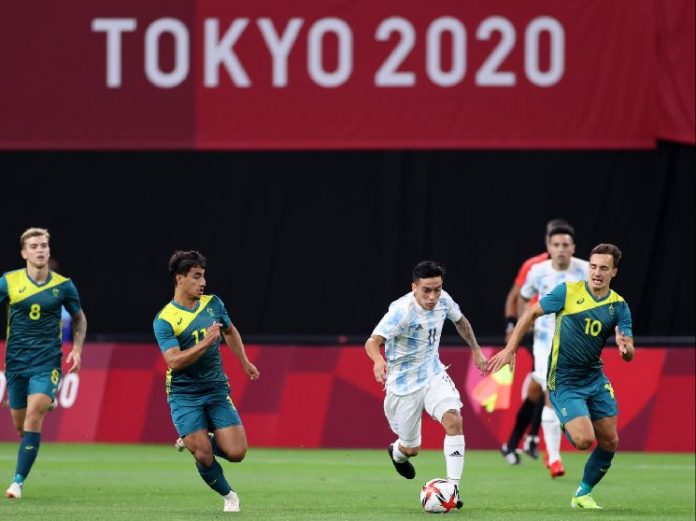 Argentina started the Tokyo Olympics off with a loss and see themselves having to get a good result against both Egypt and Spain.

Fernando Batista could not have asked for a worse start to the match. Australia took the lead after just 13 minutes after some poor marking and defending by the two time champions.

A low pass sent into the penalty area went passed the Argentine back line and fell to Lachlan Wales as he would score to give Australia the 1-0 lead. It was a lackluster performance by Argentina with little to no cohesiveness and shape throughout the match.

Francisco Ortega was sent off for Batista’s team after receiving two yellow cards, the second being a little harsh by the referee. Ortega, who was already on a yellow, was given a red after a shove inside the penalty area as a corner kick was about to be taken.

The second saw half saw Australia score their second goal, a brilliant strike by Marco Tilio from the edge of the penalty area beat Ledesma who was in goal. Poor marking on the edge of the area by Argentina as Tilio was unmarked for the goal.

Batista fielded the following eleven for the match:

The other match in Group C saw Spain draw 0-0 vs. Egypt. Argentina’s next match will be against Egypt on Sunday. Here are the current standings:

Up against soccer powerhouse Argentina, it’s Australia who puts home the first goal of the game 👀