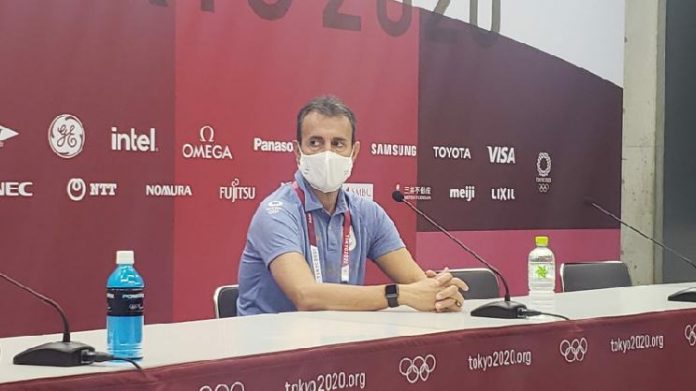 It was a difficult match for Argentina as Ortega got red carded and the team let in a goal in each half. Speaking after the 2-0 loss, here is what coach Fernando Batista had to say:

“During the second half, with a man less, the team tried to maintain the idea of playing and keeping possession of the ball.

“We knew that we were going to face an opponent who was going to try and hit us on the counter attack. Sadly, we were not able to draw.

“In general, I don’t know if it’s a good or bad result but losing a player in the last play of the first half, at this level, you feel it.

“This is just the beginning. At times there are surprising results but every national team is at a good level. We have to stay calm, we still have two matches left and we depend on ourselves.

“The kids put up a solid effort with 10 players. You have to turn the page. As I said, we depend on ourselves. We have to lift ourselves up as fast as possible and prepare for the match against Egypt.

“This is a beautiful stadium, nice to play in. You have to enjoy the experience. We will try to reverse what happened today against Egypt.”