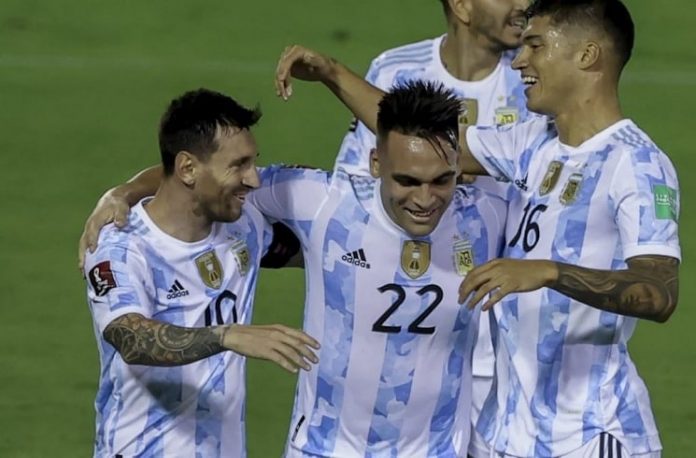 Argentina are back in Brazil after lifting the Copa America trophy as Lionel Messi will be starting.

After receiving a dangerous tackle against Venezuela on Thursday, Lionel Messi is fit to start against Brazil in Sunday’s World Cup qualifier. Per a report by TyC Sports, coach Lionel Scaloni has two doubts remaining in his starting eleven. It would be a very similar eleven which started the Copa America final.

Per the report, it’s between Marcos Acuña and Nicolas Tagliafico on the left while the right side would be between Nahuel Molina and Gonzalo Montiel. The match against Venezuela saw Acuña and Molina start. This is the rumored eleven: