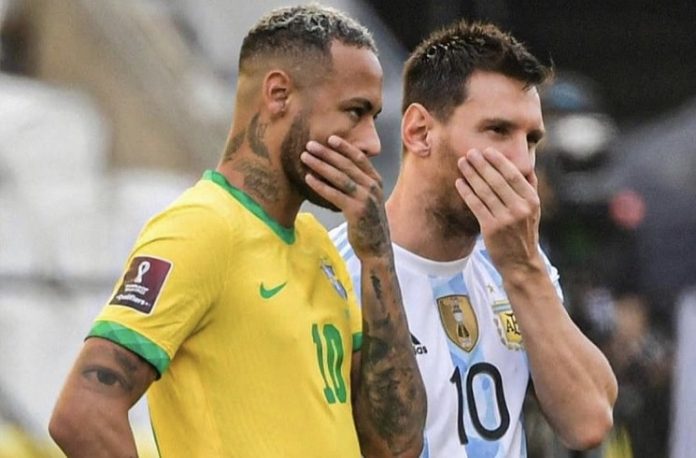 Argentina vs. Brazil was suspended just minutes after the start of the match.

With reports prior to the start that four Argentine Premier League based players would not be allowed to take part in their World CUp qualifyign match against Brazil, a decision was taken and three of the four Premier League players started the match.

It was Emiliano Martinez, Cristian Romero and Gio Lo Celso started the match with Emiliano Buendia not making the bench. As the match started, Brazilian health officials stormed the pitch as the match was stopped. The demand is that all four players from the Premier League isolate for 14 days.

The match has since been suspended. A report by TNT Sports states that should the players be banned from playing or the match not take place, Argentina would be awarded the three points. This would be because Brazil would not be complying with what all the South American delegates agreed on and that is that the players would be allowed to play.