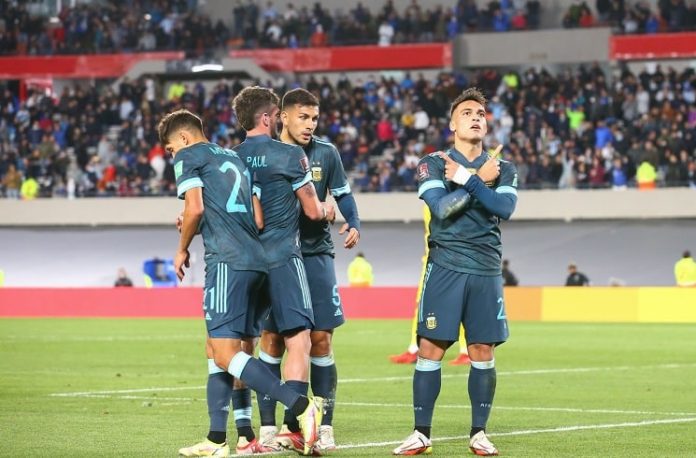 Lautaro Martinez scored for Argentina in their 1-0 win vs. Peru and are undefeated in their last 25 matches.

Martinez made it two goals in two matches in October for Argentina as his late first half goal gave Argentina the three points. Lionel Scaloni’s team created several chances in the first half but were unable to score. It was another man of the match performance by Rodrigo De Paul as he played a pass in to Nahuel Molina and his cross found Lautaro who scored with a great header to give Argentina the 1-0 lead.

Lionel Scaloni made two changes with Nicolas Gonzalez replacing Angel Di Maria and Guido Rodriguez in for Leandro Paredes. Gonzalez had an opportunity as he ran towards the Peruvian back line but his effort went out for a corner kick.

Guido Rodriguez scored a header in the second half but it was ruled out for a foul. Scaloni made two more changes as Joaquin Correa was brough in for Lautaro Martinez and Exequiel Palacios for Gio Lo Celso.