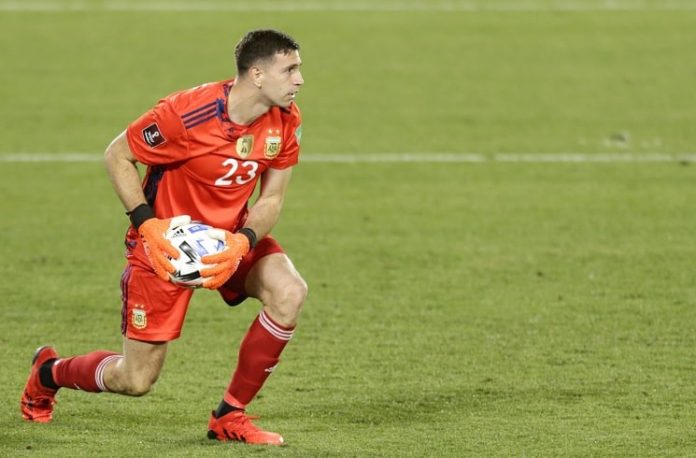 Emiliano Martinez spoke about Argentina’s 1-0 win vs. Peru in the World Cup qualifiers and the role that the fans played in the penalty.

Martinez kept a clean sheet in Argentina’s 1-0 win but also faced a penalty in the match. It was Peru who were awarded a penalty after the referee decided that Martinez had fouled Yoshimar Yotun inside the penalty area. However, as Yotun was about to take the penalty, the fans in the stadium began chanting something familiar.

The fans would chant “Dibu will eat you”, a play on words to when Martinez told the Colombian players “Look how I am going to eat you” during the semi final of the Copa America. The penalty would hit the crossbar with Martinez diving the right way. Martinez spoke about it at the press conference after the win vs. Peru in the World Cup qualifiers. Here is what he had to say:

“Those who are going to take penalties are obviously great players and in the end, it’s luck. I heard the people and I wanted to stop the ball to make them happy. Everyone celebrated it like a goal. We got the three points and a clean sheet.