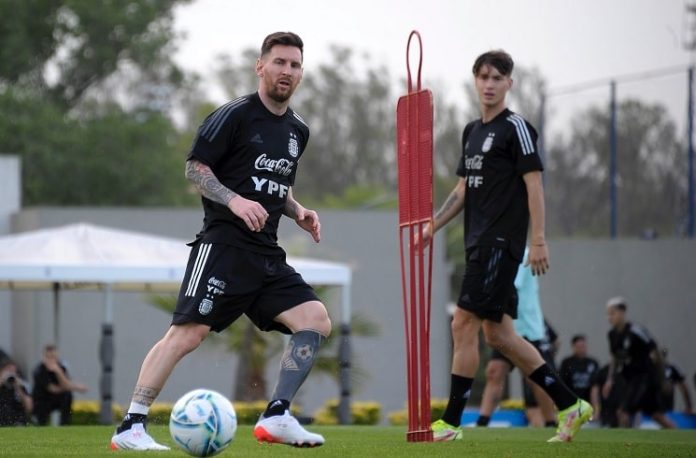 Lionel Messi trained with the Argentina national team today as he is rumored to be in the starting eleven.

Messi, who trained separately from the team on Monday, trained with them on Tuesday and is rumored to be starting. While he might not play the entire 90 minutes, he could be starting the World Cup qualifying match o Friday.

Argentina national team coach held a training on Tuesday and Leandro Paredes is a doubt with Guido Rodriguez likely to start in his place. Here is the rumored eleven: