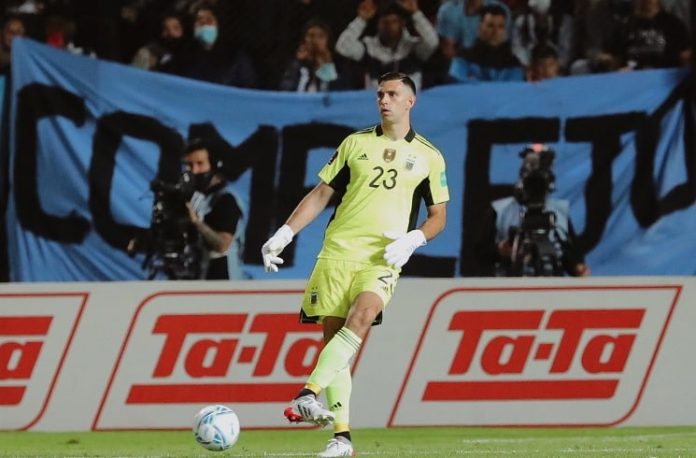 Martinez was one of Argentina’s best players in their 1-0 win against Uruguay in the World Cup qualifiers. Making a big save early in the match, Martinez kept his team in it even after Angel Di Maria scored. Speaking to TyC Sports after the match, here is what he had to say:

“We knew it was going to be super difficult. Especially looking at yesterday’s results, they needed to gain (points) or to win. They played a great match, the pitch was very difficult, we couldn’t play much in the middle because it bounced a lot, it was very dry.

“Especially in the first half, in the second half there were a lot of crosses. I had one difficult one (cross) where I had to move. I panicked. The pitch was dry but it bounced fast. That’s the work of a goalkeeper, where sometimes you have to leave your foot back just in case. Today, I left it back and it helped me.”

“He always wants to be there. He’s an animal in training, he wanted to be at his maximum but he’s not 100%, he decided not to force it and to me it looks good.”

He also spoke about the team and the World Cup:

“When you don’t play well, you still have to win. This team has great balls, we are better every time, that’s the path.

“We knew that winning today was going to be a big step. I don’t know if we are going to be at the World Cup but mathematically and looking at the other results, we gave ourselves a big step. We deserve everything because we work very well, like the kids who come here and want to be in the coach’s plans. That gives us pride.”

About the match against Brazil on Tuesday:

“I don’t know if there is revenge, they want the revenge. We are going to play at home, in the north of Argentina and we are anxious to give the people joy.”