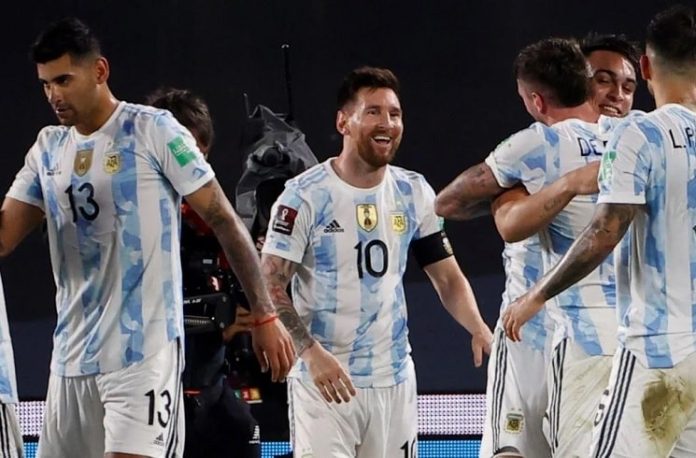 Argentina have qualified for the 2022 Qatar World Cup!

Lionel Scaloni’s team have qualified for the World Cup in Qatar. The 0-0 draw against Brazil in the World Cup qualifiers was not what allowed Argentina to qualify but it was Ecuador’s 2-0 win against Chile which has taken Argentina to Qatar.

It’s the top four teams in South America who qualify for the World Cup and the team number five in the table going to playoffs. The top four teams are Brazil, Argentina, Ecuador and Colombia with Peru right after on 17 points.

Four matches remain with 12 points up for grabs and Chile, who are behind Peru in the table are on 16 points. Should they win their remaining three matches, that would bring them to 28 points, one less than Argentina.

With both Colombia and Peru on 17 points, they play against each other in the next round and that would mean that both teams cannot reach 29 points.