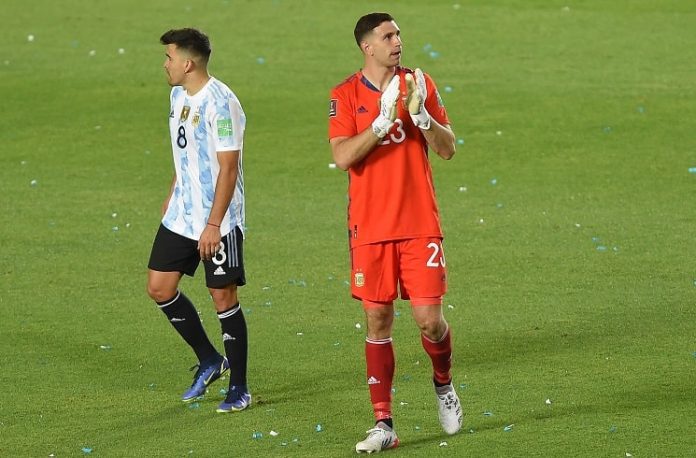 Martinez has been Argentina’s goalkeeper since prior to the start of the Copa America and he continues to play well. He has not allowed a goal in 6 matches and has now qualified for the World Cup.

The Argentine took part in the 0-0 draw against Brazil and had one big save to make. Speaking to TyC Sports, Martinez had this to say:

“If someone said “this is going to happen in 2021″, nobody would have imagined it. But we knew that we were going to win the Copa America, we have the best in the world and someone who guides us very well.”

“We ourselves already say La Scaloneta. Every day, he is a coach who guides us, we respect him a lot and confidence and every change he makesm he does it well. We support him and we are with him until the death.”

“The truth is, it’s something that cannot be explained. I entered the pitch and I heard an ovation. I just want to repay them with a good performance and not allowing a goal. Luckily we were able to do that today and it’s a love and it’s pride. Every time I enter with the Argentina national team shirt, I want to respond back to the people.”