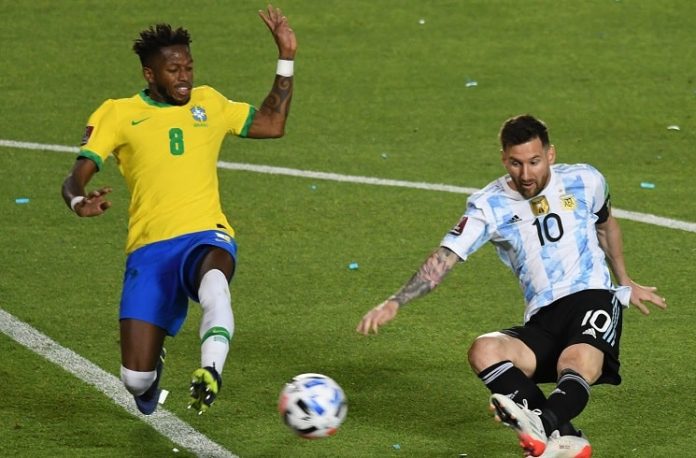 Argentina remainted undefeated in 27 matches after a 0-0 draw vs. Brazil in the World Cup qualifiers.

Lionel Scaloni’s team didn’t create many opportunities but were able to get a draw as they are closer to qualifying for the World Cup. It was Brazil who were creating the chances in the first half with one counter attack which nearly resulted in a goal.

Nicolas Otamendi nearly got red carded after an elbow to the face but the referee went to VAR and the decision was no card. One effort on goal by Rodrigo De Paul was the only threat Argentina provided in the first half.

Scaloni made two changes at half time bringing on Joaquin Correa for Lautaro Martinez and Lisandro Martinez for Leandro Paredes. A yellow card to Cristian Romero but he was substituted off due to an injury as German Pezzella would be brought into the match.

Angel Di Maria was taken out for Julian Alvarez with Nicolas Dominguez on for Gio Lo Celso as the last substitute for Argentina. Lionel Messi had one opportunity on goal but that was saved as the match ended in a 0-0 draw.