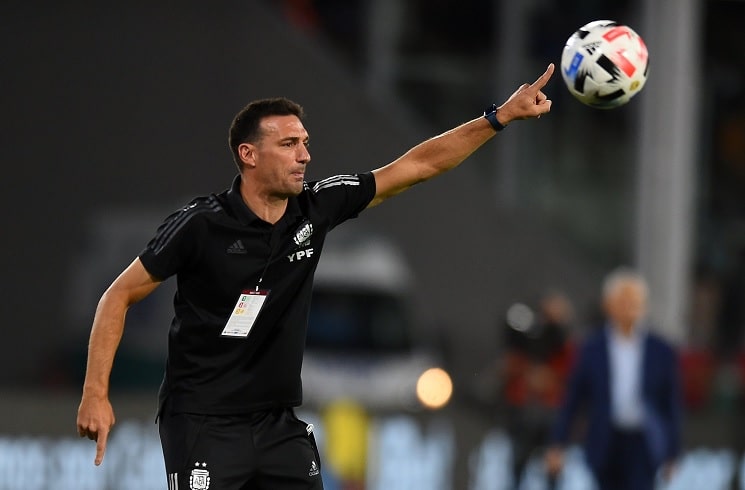 Lionel Scaloni, who missed Argentina’s 2-1 win vs. Chile due to COVID, was back coaching the national team. With many players missing, the team played outside of Buenos Aires in Cordoba. Here is what Scaloni had to say about it:

“Before the start of the match, the fans were euphoric. Beyond the result, the most important thing is that the people feel identified with the team’s play. Hopefully it’s always like this.”

“I don’t think that’s important, it’s how the team functions and how these players feel wearing the shirt.”

Regarding the injuries and missing players:

“We had the possibility of calling up players but we preferred not to expose footballers who aren’t playing right now. Not only did we miss players but we had to improvise in putting players in positions. We went forward with these call ups who came to contribute and in the end, it went well.

“Here, you can’t relax. Everyone is part of this process but on the pitch, you have to perform. The players that were here today took advantage of their opportunity.

“There’s still a lot left until the World Cup. No one has their spot secured, except for one, as I have always said.”