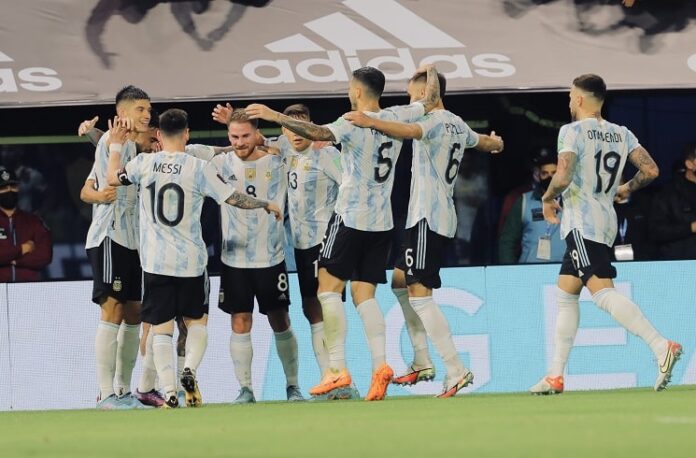 Lionel Scaloni did not have Lautaro Martinez who is Argentina’s number nine as he is out due to COVID. Scaloni played Joaquín Correa and Correa could have had three goals in the 3-0 win vs. Venezuela but did not score. Speaking about it at a press conference, here is what Scaloni had to say when asked about the attack:

“Good. In principle, the idea was for Messi to play as the nine and (Nicolás) González and Joaquín (Correa) on the wings. After that, we saw that the match was a certain way, we changed to have Joaquín in the middle.

“Offensively speaking, we are happy. Alexis (Mac Allister) also got to it. To fail, you have to get there (be in a position to score). Joaquín had clear chances. I would have liked for him to score a goal because he deserved it.

“Everyone will have their chance to play. I was happy with the match Joaquín played. Had he scored a goal, we would be talking about a great match. With important players who understand each other well. I’m happy with his match. The team created chances. Julián will play.

“The most important thing is not to believe that because you win, everything is fine and if you lose, everything is wrong. You have to realize that it was done well but there is still room for improvement. As the games go by, we will improve. It’s what we expect.”