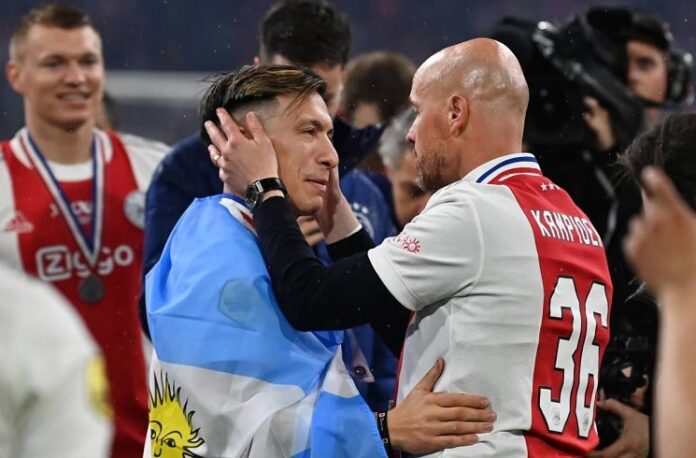 Manchester United have made an increased bid of €50 million for Lisandro Martínez.

Lisandro Martínez is a wanted player. Manchester United coach Erik ten Hag wants to sign the Argentine with an increased bid having been reported.

Per Mike Verweij, United have made an increased bid of €50 million including bonuses for the 24 year old. As we reported, Lisandro wants to leave Ajax and play in the Premier League with Arsenal also interested in signing him. The people in the technical board of Ajax will sit withthe board of directors to decide if they can refuse the €50 million for Lisandro.

The Argentine can triple his salary and United coach Erik ten Hag considers him to be an important building block for his new Manchester United.