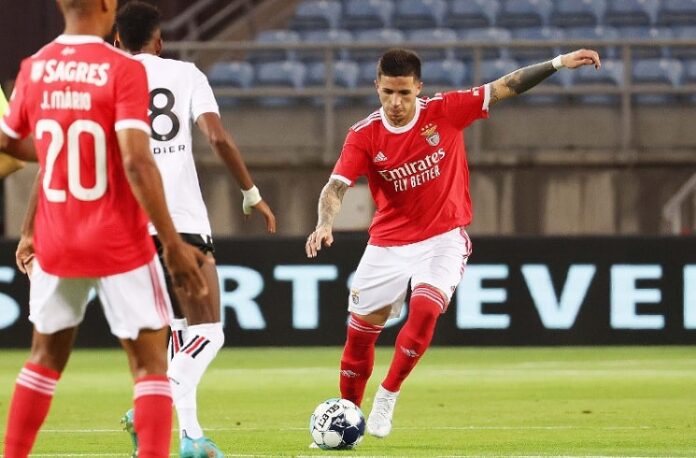 Enzo Fernández made his debut for Benfica and Nicolás Otamendi scored in their pre-season win.

Fernández made his debut for Benfica just a day after he had formally been presented at his new club. The Argentine started for Benfica in their 3-0 win vs. OGC Nice.

In a match for the Algarve Trophy, the 21 year old Argentine played the entire first half. He recently signed a contract keeping him at the club until 2027.

Nicolás Otamendi also started and scored in the match. A cross into the penalty area found the veteran as he would score with a header from close range.

Nicolás Otamendi scored this goal for Benfica in their pre-season win! 🇦🇷pic.twitter.com/G7GotCUTgS