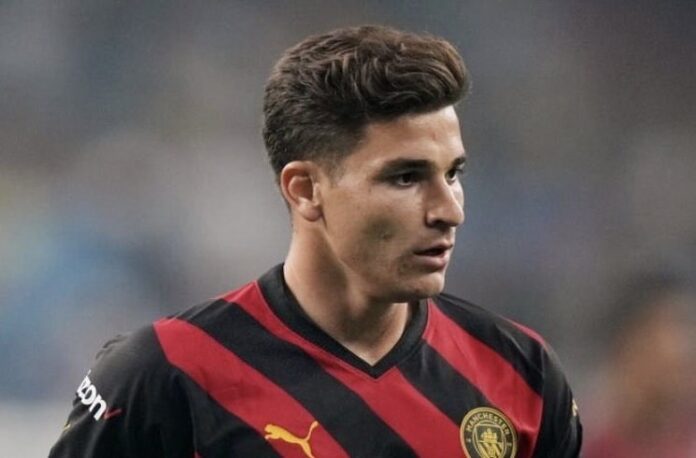 Julián Álvarez started for Manchester City as he made his debut for the club in their 2-1 pre-season friendly win vs. Club America. The Argentine played 71 minutes before being substituted off.

Álvarez had great link-up play and pressed the opposition. Pep Guardiola spoke about the 22 year old’s debut match. Speaking to the Manchester City website, here is what he had to say:

“Julian (Alvarez) was incredible, defensively he is quite similar like Gabriel (Jesus).

“Gabriel is probably the best, but he is close to him in aggression and how intuitive he is, he makes the runs and with the ball he’s absolutely brilliant.

“He can keep the ball and you can link with him without a problem. We have the feeling we signed a top-class young player for the next years to come, and we are delighted.

“The job that Marcelo Gallardo did at River Plate, we have the benefit, and hopefully he can grow up in an important league like Premier League.”