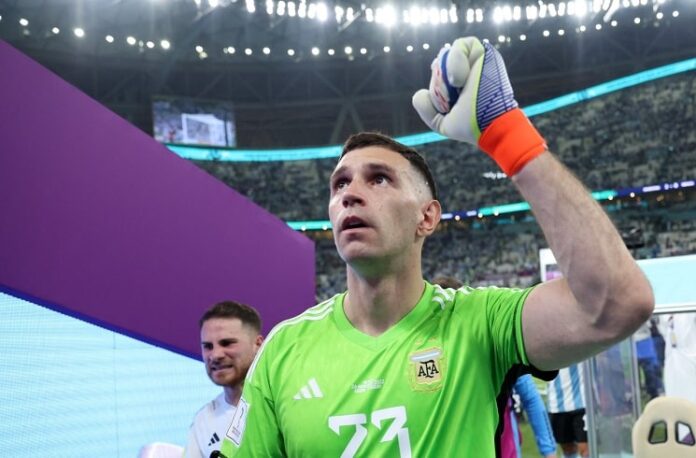 Emiliano Dibu Martínez spoke about the team’s 2-0 win vs. Mexico at the World Cup and how they had to win.

Dibu Martínez had a very good save and kept a clean sheet for Argentina as they won their first game at the World Cup. Speaking in an interview with TyC Sports, here is what he had to say:

“They gave us a difficult match but having the 10 (Lionel Messi) with us is always easier. These three days were very difficult for the expectations, for having lost the undefeated streak and for having started on the left foot.

“Today, after the second goal, I almost started to cry. I always play with pressure. I play in the best league in the world, I played a Copa America, I played a Finalissima at Wembley… Everything very emotional but today was all very emotional.”

In regards to the loss vs. Saudi Arabia:

“Thinking that if we would lose we would go home was an enormous pressure and the truth is that we showed that can fight. We are not going anywhere.

“I suffered a lot these three days, I spoke a lot with my psychologist because the truth is that they scored twice on me and they put two goals that are difficult to swallow.

“I know I have 45 million Argentines behind me and that match I could have given more but today we showed that we are here to fight.”