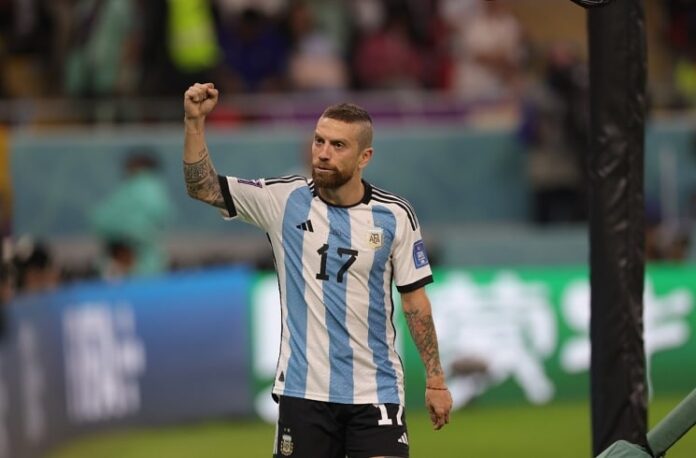 Alejandro Papu Gómez spoke about the Argentina national team and his injury.

Papu Gómez started Argentina’s 2-1 win vs. Australia in the Round of 16 but was substituted early in the second half. Speaking in an interview with TyC Sports, he stated that he got injured. Here is what he had to say:

“I twisted my ankle and couldn’t go on much longer. I preferred that someone else that’s better than me comes in. It’s a sprain, there are several days left to recover and everything will be fine.”

Gómez also spoke about the win and the World Cup:

“When you don’t finish off a game, a goal out of no where can complicate it for you. We all know that a 2-0 is a complicated result. We could have scored several goals after but the important thing is that we won, we ended up suffering but we are Argentina, you always have to suffer.

“We are meeting the objectives that we set out for ourselves. I see the team firm and the player who enters, does well. The player who enters off the bench maybe even helps more than the one who starts. The group is very strong. The first game may have been good for us because it was a warning sign. It woke us up and we improved things that we were doing wrong.”