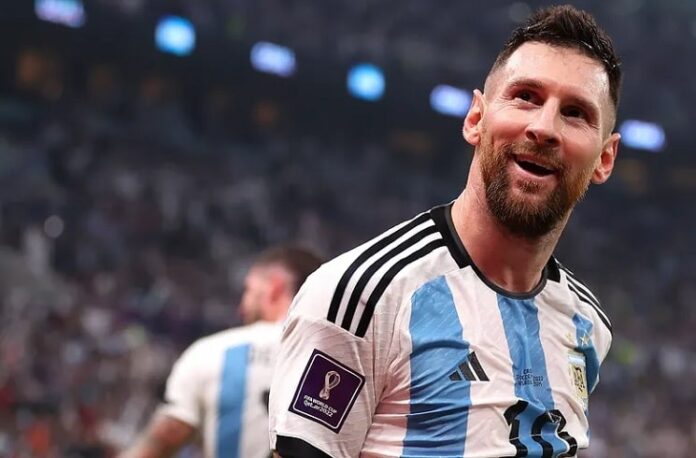 Lionel Messi has stated that the World Cup final on Sunday is his last match at a World Cup.

Messi will play his final match at a World Cup in a final. He scored for Argentina in the 3-0 win vs. Croatia in the semi finals and spoke to Ole Clarin after the match. Here is what he had to say:

A lot of happiness to be able to achieve this. Finishing my journey at World Cups playing my last match in a final. Everything I have experienced in this World Cup is something very exciting, what the people have experienced, how people in Argentina are enjoying it.

When asked if this would be his last match at a World Cup:

“Surely it is. There’s a lot of years ahead for the next one and I don’t think I’ll make it. And to finish it this way is the is the best.”

He also spoke at a press conference after the win. Here is what he had to say:

“I feel good. It was not easy, we arrived tired but the group gained strength again and we played a very serious match. We knew that they were going to have a lot of the ball because they have very good players in midfield but we were well prepared for the match.

“We have a very good coaching staff who leave nothing to chance. The reading they do of every match, afterwards it happens.”