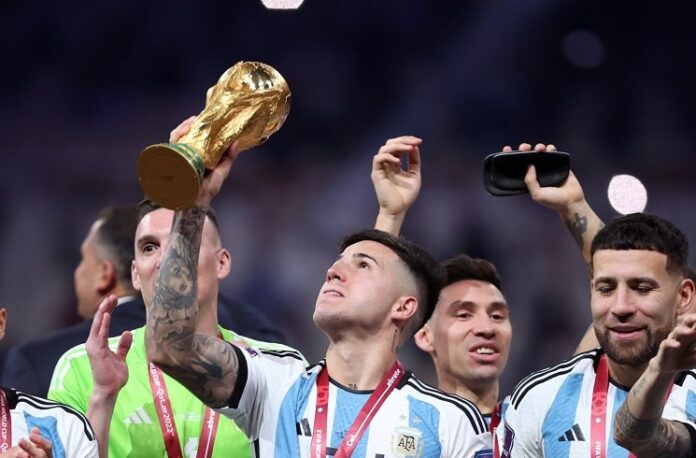 A tremendous World Cup by Enzo has earned him the Young Player award as Argentina went on to win the World Cup.